This week in Bundesliga Weekly, Cologne backtracks on media appointment after hefty protests, German football future task force issue report, and what is the next move of Gladbach’s Marco Rose?

Cologne’s president, Werner Wolf, was on the lookout for a media chief and an adviser recommended Fritz Esser. Esser got the job to resume on the first of May. Esser is the son-in-law of Cologne’s legend, Hannes Löhr. Wolf described Esser, “As a native of Cologne, he has the right feeling for the city and its people”, he said.

The planned appointment raised eyebrows because of Esser’s past. Fans identified Esser as sympathetic to the goals of AFD, a right wing political party, which is counter to the charter of Cologne. Esser worked for German paper Bild for nine years, and his views about Cologne were cause for concern.

There was an online petition against Esser taking over the job. In social media, the debates garnered heated and emotional response.

Two days later, Wolf in a statement said, “we have made Mistakes in the selection process. Since publication, we have received accusations that we should have checked beforehand. We will draw consequences from this. We apologize to all members and fans. We know Mr. Esser as a person of integrity with a democratic set of values. After an intensive exchange, we will refrain from working together.”

The long awaited report from a group of experts assembled by DFL (German Football league) called “Zukunft Profifussball” (future of professional football) is out. The nine-page summary of the key points aims at making the Bundesliga sustainable and attractive by the year 2030.

The report emphasizes environmental sustainability, gender equality, democratic participation, and lots more. The common denominator in the report is dialogue between fans and football functionaries. Christian Seifert, the boss of DFL, remarked, “We understand this comprehensive report not to be the end of the discussion, but the start of a continuous communication process with the elementary stakeholders of professional football.”

The future of the Bundesliga depends on so many variables that could make or break the league. Identifying the problems and seeking ways to improve the Bundesliga is the first step, however, if the report lacks implementation, it could turnout to be a paper tiger.

What is the next plan of Marco Rose?

Marco Rose, Gladbach’s coach, is in the spotlight because the rumors about taking over in Dortmund remains unanswered. Will Marco Rose dump Gladbach for Dortmund? Or to put it differently, what does Rose want? Sport director, Max Eberl, said in Sky this week that he wants clarity over the issue, “Marco has a piece of the decision to make, but we shall discuss together and decide.”

Rose has guided Gladbach to great heights. Gladbach, Dortmund and Leipzig are the remaining teams in all three competitions (Champions league, DFB cup, and Bundesliga) this season.

The ball is in Rose’s court. The clock is ticking. 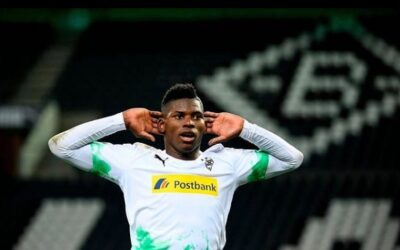