Dayot Upamecano’s football history as a defender is a tale of taking decisive steps amid difficult odds. Upamecano, scheduled to leave RB Leipzig for Bayern this summer, is walking in a familiar territory of the unknown. Will he make the cut in Bayern? Some might ask, Is it a good move for his football trajectory? To answer the questions, a look at his past will suffice.

Upamecano started football in a nominal French team, Valenciennes. Later, he dazzled at the European U-17 competition in 2015. Many clubs wanted his service, including Bayern Munich. He opted for Manchester United instead, but the deal fell through because the transfer fee of €700,000 was too much. It was a setback for him, but he bounced back by working his way to the top.

After the Manchester United deal fell through, Red Bull Chief, Ralf Rangnick, impressed Upamecano to play for second Austrian league team, FC Liefering, a branch of Red Bull. It was a time and place for the Frenchman to learn and develop his skills.

Upamecano’s work ethic paid off when he moved to RB Salzburg and finally Leipzig.

When he arrived from Salzburg, it took awhile to settle in the Bundesliga, and today Upamecano is the fastest defender in the Bundesliga and athletic with a weight of 90kg and 1,86m height.

Upamecano’s contract with Bayern Munich dotted at €42,5 million until 2026 is a quantum leap from his failed move to Manchester United. He will take over the center back position from Bayern greats like David Alaba or Jerome Boateng. interestingly, Upamecano reminds me of a younger Boateng, versatile and malleable in defence.

Upamecano will rise to the occasion in Munich, just like his exploits with other clubs have proved. In Munich, he will be in good company with fellow compatriots, Benjamin Pavard, or Corentin Tolisso. Upamecano has youth on his side and divine providence to be a defender of repute. 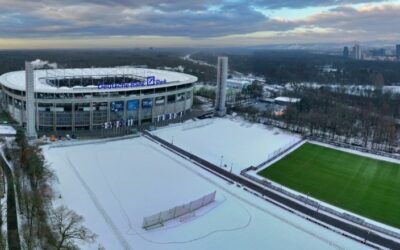